Each year we team up with the brains behind CubaDupa & Coastella to rally the best of the best for your entertainment each Beervana.

Rollicking Entertainment is a hair-raising theatre company that celebrate the most notorious stunts in carnie history.

A nail-biting experience. An exercise in danger, trust and skill.  A celebration of what is possible. Exciting, terrifying and genuinely funny, roll up and join the dastardly duo of Rollicking Entertainment’s Lizzie Tollemache and David Ladderman.

Exciting, terrifying and genuinely funny, roll up to travelling pop up shows from this dastardly duo. Come laugh, gasp and cheer at bullwhips, live stunts, impossible balance and the snake throated woman– the carnival is in town! Short sharp shows on rotation throughout the day and sneaking into your dreams at night with sideshow shenanigans.

Half man half balloon, all visual spectacle. This cautionary tale was captured from the corporate wastelands of the deepest darkest capitalism. Come marvel at what happens when one man's ego truly spirals out of control. His head has swollen too big to function, now his handler allows pats and photos as a lesson to all Nice Guys who are full of hot air.

From the Black Forest of Beerveria,  deep in the heart of Beervana, as the sun begins to set and the sky is filled with golden hues, you might spy glimpses of a mythical creature as it frolics through the trees, or drinks from the frothy rivers of liquid amber.  Come and give it a scratch under its chin, it may look a little wild, but it has a sweet nature - for the most part! 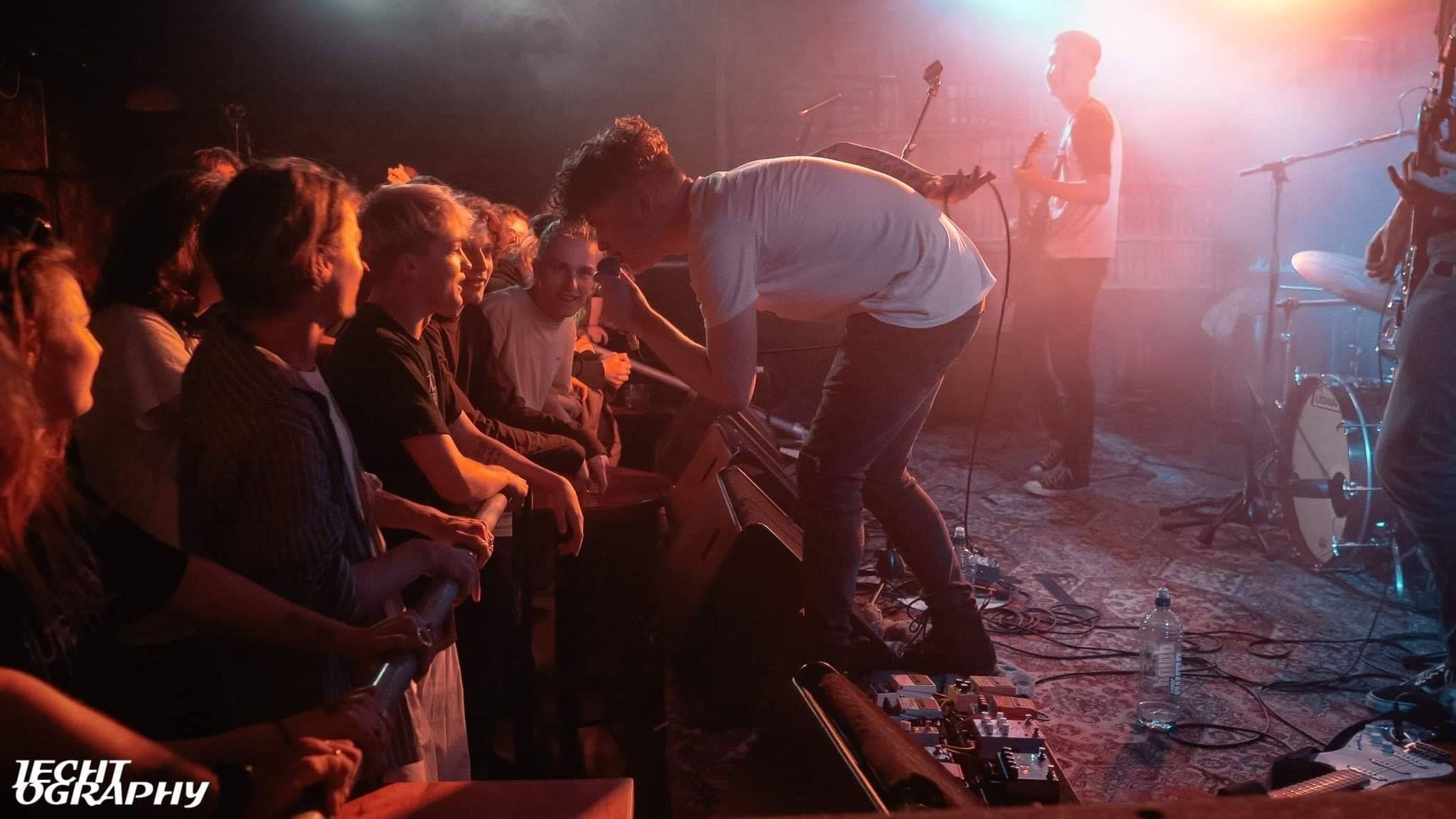 Voodoo Bloo is a powerful alt-rock driven project, led by Rory McDonald. The sound is influenced by harder hitting acts such as Deftones and System of a Down, as well as some singer-songwriter artists such as Car Seat Headrest and Neutral Milk Hotel. This brings a great blend of emotional and conceptual song writing with a very catchy and frequently danceable distorted mess.

A self-described ‘folkie with a chip on his shoulder’ Hickman’s songs run the gamut from murder and outlaws to absent friends, love and gratitude.

2021 see’s Bill and his collaborators underway recording the follow up to Crossbones titled Deadly Sins.

Live, Adam Crawford(Percussion) and Tom Joass (Bass) back Bills songs with earthy roots rhythm and more than a little Rock ’n Roll swagger. Performances range from pin-drop intimacy to the ring of feedback and shots fired.  Bill Hickman, a ghost of gravel and smoke.

Aotearoa New Zealand's most 'Sea Worthy' Shanty Group™ have been belting out traditional and original sea songs from these shores, France, Spain, Ireland and the UK since time immemorial (2012). Sailors and landlubbers across the motu have been battered by the rousing chorus of this tireless tempest of pure shanty. The W.S.S.S believe that 'a shanty shared is a shanty savoured', so they hand out song sheets for people to sing along.

In The Shallows offer up an exquisitely diverse and silken sound that weaves together soaring harmonies, mesmerising vocals and acoustic guitars with relatable lyrics about intricate tales of love, loss, connection, redemption and empowerment. The upcoming singles Let’s not start a war, Let it Go and Bright Lights have catchy hooks in common and when performed live have been likened to that of Angus and Julia Stone

Hobnail is a Wellington institution. In 2019 they celebrated their 25th anniversary with a 5 star (music.net.nz) Best Of album and a national tour that saw them playing to full houses all over NZ.

Brought together not only by their love of music but also their obsession with food, wine and beer, the ex-chef, ex-restauranteur and current spearfisherman get together regularly in the capital to cook kai moana, sample Italian wine and play music.

The Rumble Trio – Miles Calder (drums, vocals), Chris Armour (guitar) and Dayle Jellyman (keys) team up to deliver a stripped-back mix of raw rock'n'roll, indie jangle and swirling psychedelia. Modern covers from artists like Mac DeMarco, Khruangbin & Damien Jurado, mixed with older heavyweights like The Beatles, Pink Floyd & Bob Dylan combine to create an exciting set that offers up something for everyone

THE PHASES OF VENUS

Three of Wellington's baldest and grooviest musicians join forces to create an exciting and unpredictable journey into the depths of the dancefloor. With funk, psychedelic, blues and electro elements, The Phases of Venus will help you exorcise any lingering dance moves before you drift off into the rest of your life.

Wellingtons own high-end speaker manufacturer, Tub's Audio will be stringing up a Soundsystem at this year's Beervana, bringing you the iconic, Jedi, Ben Dover, Pork Crackle and SorchaLula. Be ready to have your insides jiggled and your toes tapped for youas a whole bunch of Dj's bounce you through the weekend.