UK breweries, Fierce Beer from Scotland, Tiny Rebel from Wales and Thornbridge Brewery from England, are each pairing up with three Kiwi breweries to brew special collaboration brews destined for the taps of Beervana, thanks to Kiwi beer distributor, Beertique.

We chatted to the Kiwi brewers from Fork Brewcrop, Liberty Brewing and Epic Beer (coincidentally, three of the four Horsemen of the Hopocolypse), pairing up with these UK breweries on the logistics of a brewing collab separated by thousands of miles and what the resultant beers will deliver to Beervana festival goers. 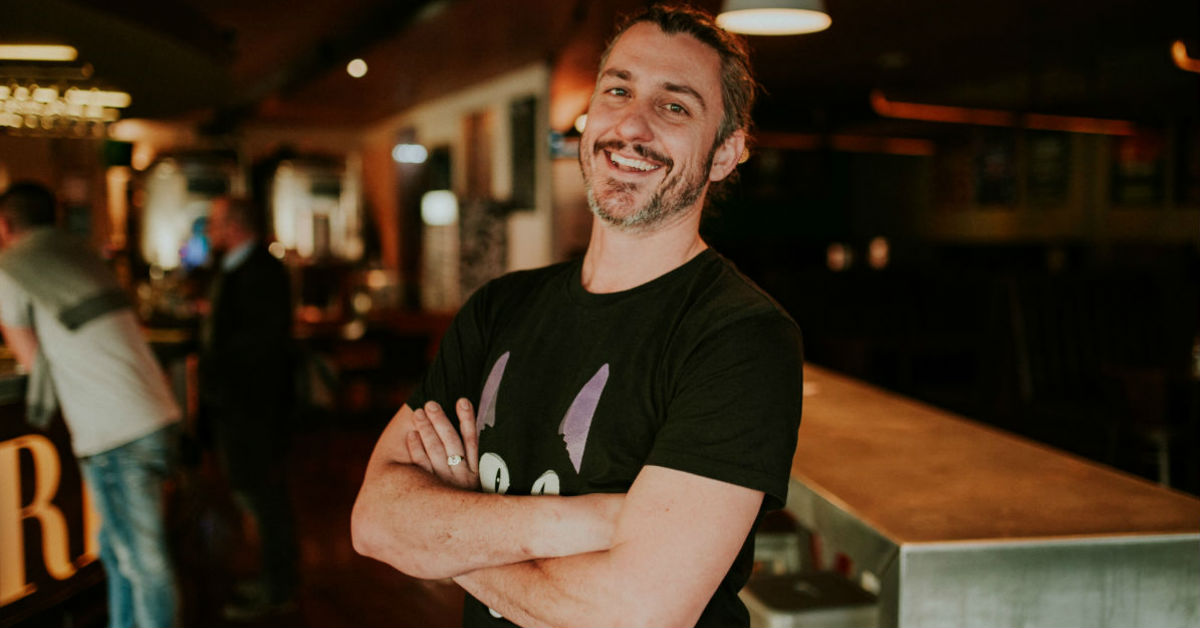 Did you know much about Thornbridge and its beer before you were paired for Beervana? If so, what did you know about it?

A little, yes! I used to work for them! I started as a brewer for them late in 2006 and finished there as brewery manager at the end of 2010. It went from a little recycled brewkit, brewing around 3000-4000 litres per week to about 30 000 litres per week when I left. We built a bespoke brewhouse and packaging line and it continues to grow and produce some of the finest beer in the UK!

Who did you work with on this collab (brewer), and how did you decide what to brew? What was the inspiration behind the beer?

I brewed with James Buchanan, who spent his early days as a brewer at Thornbridge before taking on the role of Export Manager. I used to work with James' dad during my time at Thornbridge, so it’s great to finally work with him! Due to my history at Thornbridge and one of their core beers (Kipling, a South Pacific Pale Ale) using NZ hops, it was a no-brainer to do put a little twist on the original and do an Imperial version, jam-packed with Nelson Sauvin hops.

Balance, finesse and the elegant and intense use of Nelson Sauvin. It’s a chance to showcase the hop variety from more than one source as well, with the hops coming from both of our NZ hop companies, NZ Hops and Freestyle Hops.

Lots of emails! In the past, there might even be phone calls or video calls, but due to my close connections with Thornbridge, this one was really easy. I know the type of beer to be produced, I've brewed the original version of Kipling far too many times and I understand the expectation that they would have on the beer. So as always, I've been exacting in the formulation and brewing of this baby.

What beer of Thornbridge at Beervana are you most keen to try and why?

Lukas [4.2% Lager]! I love Helles with a passion. I'm also keen to try Halcyon [7.4% Imperial Double IPA] again, as we developed this beer originally a long time ago. I am also one of the few people that probably know where the name came from, as myself and Stefano (one of the original brewers) had a little revelation that became that beer!

What did you know about Tiny Rebel and its beer before you were paired for Beervana?

I had heard of them through their New Zealand distributor, Beertique.

Who did you work with on this collab (brewer), and how did you decide what to brew?

Initially Beertique asked if we’d be interested. They linked us up with Gareth Williams [Tiny Rebel co-founder and maker of beery things], who then asked what was popular here in New Zealand at the moment. I suggested Hazy IPA, and made some suggestions to Gareth around what exotic hop varieties are available over here; he wrote a ridiculous hop bill, and I brewed it.

What can Beervana festival goers expect from this brew [Rebel Juice    6.5% Hazy IPA]?

To lose a few teeth.

Email and patience. Brewers are the worst at emails too, so it was a good taste of my own medicine.

What beer of Tiny Rebel's at Beervana are you most keen to try and why?

Did you know much about Fierce and its beer before you were paired for Beervana? If so, what did you know about it?

I was aware of Fierce as we share office/warehouse with Beertique, which means we have the privelege of being able to try all the beers they import. I’m looking forward to trying the beers that have landed for Beervana.

Who did you work with on this collab, and how did you decide what to brew? What was the inspiration?

I worked with Dave Grant. We talked about what beers we liked to brew, which of our beers are the most popular, and what beer would help to promote the Fierce beer best in New Zealand. Fierce are known for fruit beers and stouts. So we decided since it was winter, and likely to be cold for Beervana, a big stout would be ideal.

You can expect a big luxurious, chocolatey, smooth Imperial Stout.

We harnessed the power of the latest cutting edge technology called electronic mail, which sends your words at the speed of light to the other side of the planet.

What beer of Fierce's at Beervana are you most keen to try and why?


Don’t forget to grab your tickets to Beervana presented by Liquorland (9-10 August)!